(CNN)Carli Lloyd was on a mission.

It was her goal to help her team bring the World Cup trophy to the United States for the first time in 16 years.

Japan stood in her way, but it never stood a chance as the Americans’ No. 10 stung quickly and often to guide the United States to a record third Women’s World Cup.

The United States’ 5-2 victory Sunday over the defending champion in Vancouver, British Columbia, gave the Americans their first opportunity to lift the World

Lloyd scored three times, the first hat-trick in a women’s final, to lead the United States, which also won the World Cup in 1991.

“I’m so proud and so zapped at the same time,” Lloyd said. ” It doesn’t feel real. We just made history.”

Lloyd indeed was the star of stars Sunday, and throughout the tournament. On Sunday, she scored in the third, fifth and 16th minutes of play, leaving the 2011 champions stunned.

It was her third goal that summed up her spectacular play in the do-or-die matches in this Cup. Lloyd took a pass at the halfway line and deftly touched the ball around a lunging defender. Lloyd looked downfield and decided to let fly. From 55 yards.

It should be impossible to score from that far. But as 53,341 fans watched the ball sailing through the air, Japan goalkeeper Ayumi Kaihori desperately retreated and stabbed at the ball. Even the post couldn’t deny Lloyd her history and the ball danced across the line.

There were still some 74 minutes left, and the pro-U.S. crowd was dancing as if it were over.

It essentially was over — even though Japan toughed it out until the final whistles.

Lloyd’s coach had plenty of accolades for the star.

For her play, Lloyd was awarded the Golden Ball, signifying she was the best player at the World Cup. She also tied for most goals (6) in the tournament with Celia Sasic of fourth-place Germany. 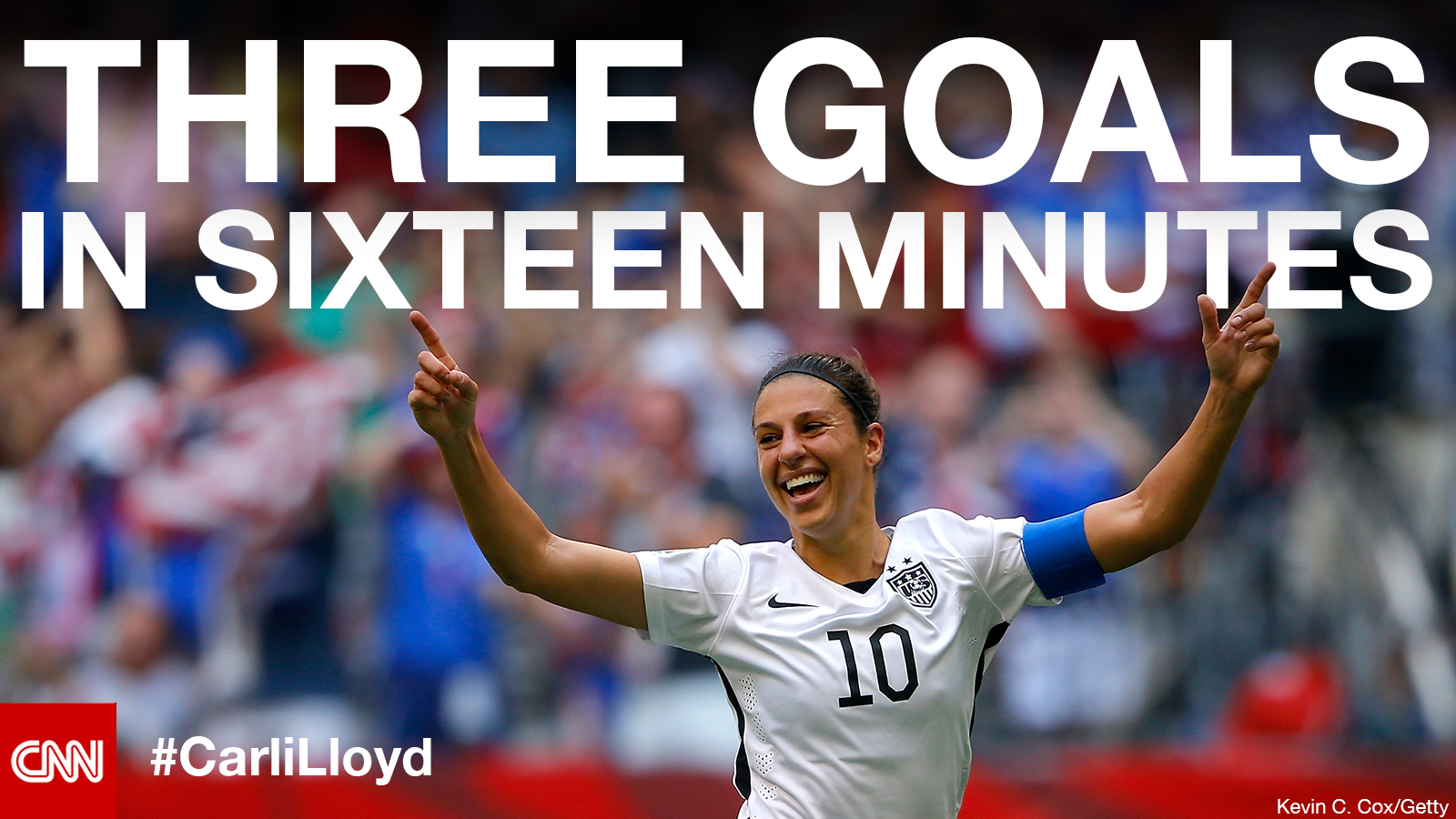 Lauren Holiday and Tobin Heath had the other goals for the United States.

Japan’s Yuki Ogimi scored in the 27th minute, and Japan netted another goal when the U.S. played the ball into its own net in the 52nd minute.

The Japanese goal ended a streak of 540 minutes in which the United States didn’t give up a goal. That ties Germany’s 2007 team for the longest such streak.

The United States had seven shots on goal, while Japan had four.

U.S. goalkeeper Hope Solo, voted the tournament’s best at her position, had three saves, while Kaihori had two.

U.S. goalkeeper Hope Solo, voted the tournament’s best at her position, had three saves, while Kaihori had two.

The United States got a taste of revenge in 2012 at the London Olympics, defeating the Japanese 2-1 in the

This site uses Akismet to reduce spam. Learn how your comment data is processed.